Tumor-on-a-chip: a micro-architecture to explore the interaction between cancer and immune cells 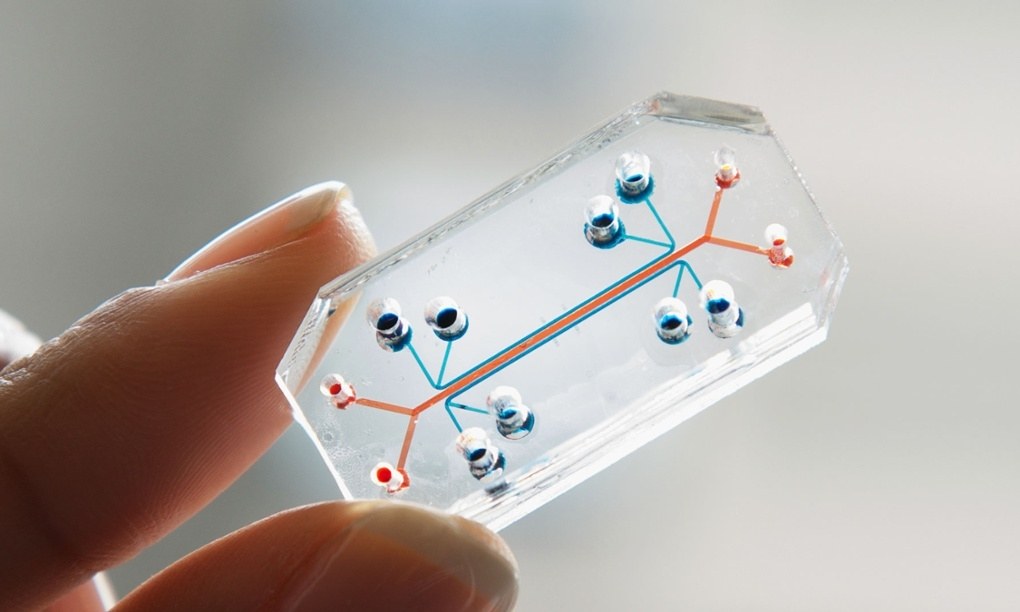 Biology is complex. We need models to make it simpler. We can test anti-cancer drugs on tumor cell cultures, but they are anything like a “real” tumor: that resembles an “ecosystem”, where multiple cell populations coexist and interact with each other.  In a paper published on Cell, scientists managed to bring that complexity…on a chip! Not only they reproduced the 3D micro-architecture of the tumor microenvironment, but they also characterize the response to an immunomodulatory drug.

Models are simplified versions of a complex system…but it is very hard to simplify a tumor. Tumor cells are only a part of the heterogeneous tumor microenvironment, which contains also immune cells, fibroblasts and various chemical factors. If we underestimated their importance, we would make a mistake. In fact, anti-cancer drugs kill tumor cells in several ways…and sometimes, they do not act directly on cancer. For example, immune checkpoint inhibitors are very efficient against cancer in vivo, but have no effect on a tumor cell culture containing nothing but cancer cells. That is because their mechanism of action needs the immune system: they simply do not work without it!

What do you need to build a mini-tumor?

Researchers at Institute Curie in Paris reconstituted a miniaturized tumor comprised of its microenvironment and used it to evaluate the efficacy of a targeted drug, which also interacts with with the immune system.  They chose a breast cancer expressing a protein called HER2, which is a receptor involved in cell growth and proliferation. Their model integrates four cell populations: cancer, immune, endothelial and fibroblasts. Endothelial cells are the components of the blood vessels; fibroblasts are cells of the connective tissue: both are present in the tumor microenvironment, contributing to its architecture and nutrient supply.

Introducing the right components in our model is a start, but not enough yet. An even more difficult challenge is to reproduce the exact 3D shape of the tumor microenvironment.  We cannot simply mix some cells at random: we need to respect their reciprocal distances and positions. In this study, researchers built their artificial mini-cancer on a microfluidic device, a kind of chip!

Manipulating very small volumes of liquids (one-billionth of a liter!), these sophisticated devices mimic organ topography, functionality, and complexity. The chip is made of five different micro-chambers separated by regularly spaced micro-pillars: cells were embedded in a special gel and positioned in the various chamber mimicking their original position in the tumor.

This was not the first tumor-on-chip ever realized, but the simultaneous introduction of multiple cell types coupled with sophisticated methods of analysis was completely new. How did it make on a real field test?

Researchers tested the efficacy of an antibody targeting HER2 (Trastuzumab), which shows clinical benefits in patients. They wanted their tumor-on-chip to recapitulate what occurs when Trastuzumab is administered to an animal model or a patien. The antibody binds to the receptor HER2 so that the cell no longer receives the signals from growth factors and, as a consequence, stops proliferating and dies. Moreover, studies suggest that Trastuzumab also engages some cells of the immune system, inducing what is called antibody-dependent cell-mediated toxicity (ADCC): its presence on the tumor surface attracts immune cells like Natural Killer or macrophages that kill the cancer cells.

Scientists measured parameters like cells death and proliferation, density, reciprocal distances and distribution, with or without Trastuzumab. The experiment was a success: on the chip, they could recapitulate the same interactions and mechanisms occurring in vivo and even suggest a previously unknown suppresive role of tumor associated fibroblasts, which may interfere with therapy.

More and more drugs exploit the immune system to fight cancer. Despite the current limitations on these approaches, they allow to visualize directly the interaction between cancer and immune cells. As such chips are very small, we need very small volumes of biological material: in the future, micro-chambers may be “filled” with the patient’s own tumor cells and immune system, starting from a very tiny amount of fresh samples. This is likely to be a great revolution in oncoimmunology.