Covid-2019, why lethality rate is higher in Wuhan? 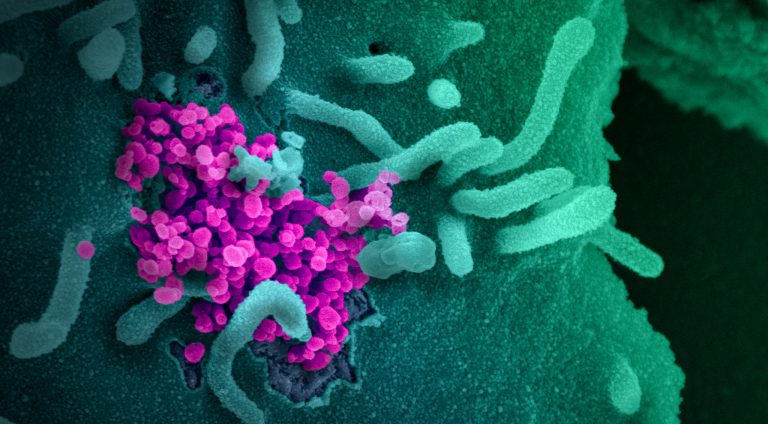 The Covid-2019 epidemic has long crossed China's borders, infecting over 5000 people in more than 40 countries. Italy is the third country in the world by number of infected, and even deaths continue to increase, but only among elderly people with already compromised clinical conditions.

It is still early to draw conclusions, but the first numbers suggest a reassuring fact: the lethality rate of the Coronavirus Sars-Cov-2 in the rest of the world is lower than in Hubei, the epicenter of the epidemic. Why does this geographical discrepancy exist? One possible explanation is that people previously exposed to other viruses in the coronavirus family would be more likely to develop the disease in a serious form. The Sars epidemic of 2003 would have started in Hubei: this would have predisposed part of the population to this new disease.

Is it just a flu?

When the new Coronavirus started making headlines in early January, the situation in Hubei was already out of control. The epidemic was spreading like wildfire, and the most serious patients had complications such as kidney failure, lymphopenia, myocardial infarction and signs of acute inflammation. In 2003, Sars (Severe Acute respiratory Syndrome), caused by the Sars-Cov virus from the coronavirus family, had produced similar clinical symptoms, although with a much higher lethality rate. The new Coronavirus is less dangerous, but has a higher infectious capacity: the infection was much faster and more widespread. Based on these observations, the WHO (World Health Organization) has declared the international emergency and classified the risk "very high" in China and "high" in the rest of the world. Despite the containment measures, to date there are 46 countries with at least one case of Covid-2019. In Italy about 650 people are infected and 14 died.

We come to the numbers. In February 27th, the total cases are 82,550 and the deaths 2810. On the basis of these data it is possible to calculate the lethality rate, which is the ratio between the number of deaths and the total number of infected people and is equal to 3.4%. But most of the deaths occurred in China and precisely in the epicenter of the epidemic, which is the province of Hubei: 2641 deaths out of 65,596 infected, with a lethality rate of about 4%. But outside China there are "only" 62 deaths out of 5415 infected: the lethality rate, in this case, is 1.1%. In Italy, with 14 victims out of 650 infected, the lethality rate is 2.1%, but the numbers are still small and have little statistical validity. In addition, many mild or asymptomatic cases may not have been diagnosed.

Outside Hubei, the lethality rate of Sars-Cov-2 is 4 times lower. Covid-2019 would be much more like a bad flu than the far more serious Sars and Mers, which have a lethality of 9.6% and 35%, respectively. There are various possible explanations for this apparent statistical discrepancy. Hubei was overwhelmed by the first major wave of infections when it was not yet prepared to face the epidemic, and this could at least explain the dramatic increase in deaths in the first period. Another interpretation, according to experts, is that Sars-Cov-2 is adapting to the human being, thus becoming less dangerous.

The third explanation concerns an antibody-mediated biological mechanism, already documented for the Sars virus in 2005. It is called ADE (Antibody Dependent Enhancement) and depends on the patient's immunological history. If a person has previously been exposed to another virus from the coronavirus family, they may have non-neutralizing antibodies. In other words, these antibodies would not only be ineffective against the new virus, but even, paradoxically, would help it infect the host's cells.

Coronaviruses infect cells thanks to a protein called Spike (protein S), which binds to an ACE-2 receptor present on the surface of the human respiratory epithelium. The S protein of each coronavirus is similar, but not identical to all the others. The Sars epidemic would have started precisely from Hubei: the researchers speculate that contact with Sars-Cov - or with other coronaviruses - would have stimulated the production of antibodies that also recognize the Sars-Cov-2 S protein, but are not able to neutralize it. On the contrary, by binding to it, they would cause a change in its conformation which helps the virus to infect the cell. They could even act as "bridges", which at one end bind the host cell and at the other end bind the virus, physically promoting the interaction between the two and therefore the infection.

Should we resize the alarm?

The extraordinarily high lethality rate in Hubei would therefore be a logical consequence: in this province there may be more people who in the past have come into contact with the Sars virus or with other coronaviruses. Due to the presence of non-neutralizing antibodies, these subjects would be more vulnerable and would be more likely to develop acute inflammation or other types of complications.

Researchers still know little about the pathogenesis of Covid-2019- But if the role of ADE was confirmed, it would explain why in the rest of the world the disease has a lethality rate only slightly higher than that of the common flu seasonal. To date, the alert level remains high, especially because Sars-Cov-2 is extremely contagious and there are no effective vaccines or therapies. But at risk are mainly the weakest and oldest subjects or with previous pathologies; in the vast majority of cases the virus heals on its own, without the need for special treatment.