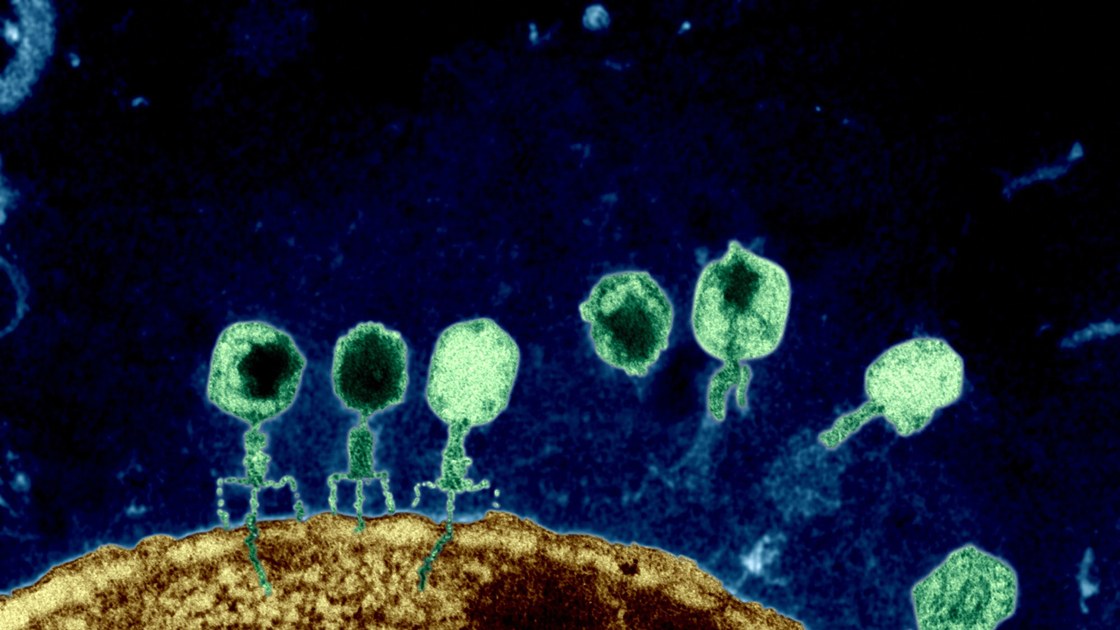 A 15-year-old girl with cystic fibrosis who suffered from an antibiotic-resistant mycobacterium infection has been treated thanks to a "modern" therapeutic approach, phage therapy. Not so modern actually, given that the first experiments date back to the 20s of the last century. But it has only recently been rediscovered and proposed as a valid alternative to antibiotic therapy, especially in the case of resistant bacteria, which are going to become more and more threatening.

Antibiotics have saved many lives but require caution. If used inappropriately or without respecting timing and dosage, they turn into a double-edged sword: the bacteria learn to defend themselves, and a single resistant cell can give rise to a large progeny, an entire population against which the drug is no longer effective. Because of this problem, unfortunately destined to increase in the next decades, the discovery of antibiotics has suffered a setback since 1980. Bacterial infections, which today are less scary than in the past, could become even more threatening than before, as the resistant strains increase and spread. This is why there is always a need for new strategies, and one of these could be phage therapy.

Phages were discovered independently by two microbiologists, Frederik Twort in 1915 and Felix d’Herelle in 1917. They are viruses that kill bacteria, but are harmless to humans. Back then, they already thought that phages could be used to treat bacterial infections. But results were too variable to determine the effectiveness of the therapy, which was soon abandoned. Also because, from the 40s onwards, with the boom in antibiotics, it seemed that in the eternal struggle between men and bacteria there was finally a winner. But as we would have discovered later, it was just a truce. To date, bacteria are regaining ground: it's time to rediscover an old technique.

Today we know much more than in the early twentieth century. Probably the main reason behind the failures of the past was the scarce knowledge of phage biology we had at the time. Now this therapy is coming back and has already achieved its first successes.

Compared to antibiotics, phages have both advantages and disadvantages.

One of the advantages is the specificity for the bacterial host, which greatly reduces the damage to the normal bacterial flora. Although the word "virus" is not the most reassuring, phages are safe, with very low or absent side effects: harmless to humans, they can only replicate within bacterial cells and remain in the body only until their bacterial targets are present.

But could bacteria develop resistance? Clearly, yes. But the other big advantage compared to antibiotics is that phages are "live" therapeutic agents: they can evolve to infect resistant bacteria as well, in an evolutionary head to head that minimizes the chance of bacterial escape. So far we have talked about the advantages of phages over antibiotics, but one does not exclude the other: studies have shown the potential of a combined administration and  in some cases, in the presence of viruses, resistant bacteria become sensitive to antibiotics again.

But their specificity can also be a disadvantage, compared to broad-spectrum therapies that allow to target more bacteria simultaneously. The administration of phages could also activate a response from the immune system: our body would begin to produce antibodies that would destroy the viruses in a short time, preventing their use for long periods. Other critical issues concern the choice of phages (not all of them immediately kill bacteria) and their preparation (it is very important to reduce the risk of contamination).

Even if they don't completely replace antibiotics, phages could be an extra weapon against resistant bacteria.