Crispr-Cas9: an opportunity for CAR-T improvement 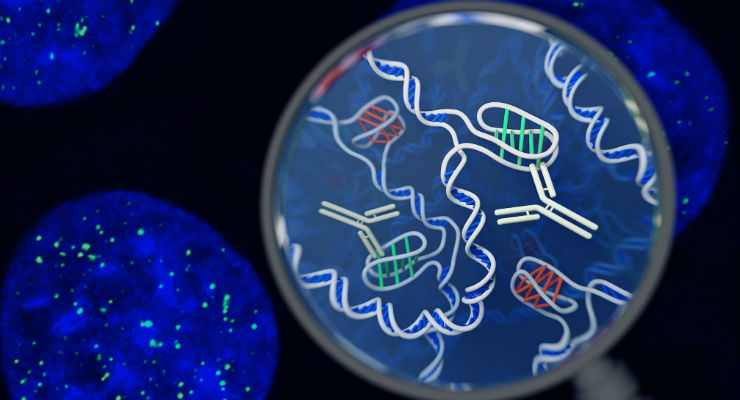 Genome editing has reached an unprecedented degree of precision and researchers are now thinking about applications. CAR-T based therapy has had an explosive success against cancer, but there is large room for improvement. This is an optimal testing ground for Crispr-Cas9 technology, one of the best tool for genetic manipulation.

CAR-T based therapy has proved its efficacy against a number of blood tumors, such as lymphoblastic leukaemia or diffuse large cell lymphoma, both in adult and paediatric patients. Patients do not receive a drug, but an infusion of their own T cells equipped with a potent receptor targeting a cancer surface molecule. We are making it simple, but CAR-T are actually very sophisticated tools that combine the cytotoxicity of T-cells with the specificity of antibodies. They are “smart bullets” that always strike their targets with potency and precision.

Good... but not perfect!

CAR-T has revolutionized cancer treatment; still, a number of patients are unable to receive this therapy or benefit from it. Most of the problems originate from the fact that the patient’s own cells are necessary to make it work; the body would recognize any other cell as an intruder and attack them.

In fact, the process takes a lot of time, as you must collect the patient’s cells, generate the CAR-T products and expand them to a therapeutically relevant number. Patients with aggressive diseases need immediate treatment, though. Even if the patient can wait, he may be unable to provide the adequate number of cells for many reasons, including previous treatments or pathological conditions. However, say that everything is fine and therapy finally starts: will it work? Maybe not. Intrinsic T-cells defects or their inability to properly function in a strongly immune suppressive tumor environment may compromise the result.

A solution to some of these issues may come from genome editing tools. The most famous is called Crispr-Cas9 and is not entirely our idea. Researchers took inspiration from a component of the immune system of bacteria, which cuts and copies DNA sequences of invading viruses as a form of “memory storage”, in order to be prepared to subsequent attacks.

A slightly modified version is now used as an optimal tool for gene therapy. It contains a protein called Cas9, which cuts DNA, and a RNA strand that “guides” Cas9 to its target gene. Thanks to Crispr system, we are able to cut DNA in order to delete or correct “bad” genes and introduce slight modifications in the sequence.

Crispr-Cas9 can help to address many of the CAR-T related challenges.

One example? Genome editing could eliminate the molecules that label any non-self cell as an intruder for the immune system. One of them is beta-2-microglobulin, an essential component of human leukocyte antigen class I (HLA), which is a set of proteins identifying the cells of each individual. CAR-T deprived of HLA can be “universal”, ready-to-use products, eliminating the need for patient’s own cells as starting material. Another protein that we may want to eliminate in our engineered cells is their original receptor, which may interfere with their functions and cause side effects.

Other molecules to be worried about are inhibitory receptors on the surface of T-cells, which can be engaged by the tumor to dampen the immune response and generate a strongly immune suppressive microenvironment. One possibility is to delete such receptors in order to make CAR-T stronger against the tumor.

There are several opportunities for Crispr-Cas9 in cancer immunotherapy, especially for CAR-T. Combination of various approaches and collaboration among scientists from different backgrounds can be an important added value to cancer research.