Fungal infections, an epiemic inside the pandemic 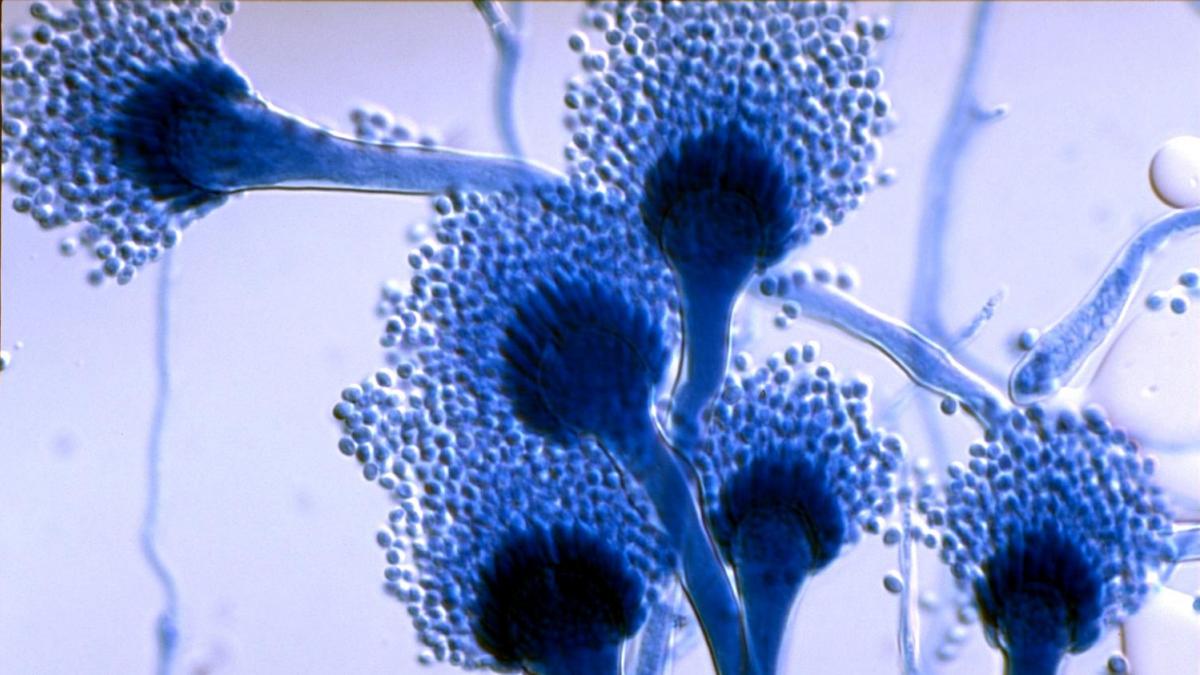 Since the onset of the COVID-19 pandemic, scientists had predicted (and feared) its possible intersection with fungal infections.

The first articles on COVID described a devastating disease: patients, paralyzed and connected to ventilators in intensive care, were given immunosuppressive drugs to dampen the inflammation caused by the virus. These interventions, now as then, save patients' lives, but at the same time weaken their immune defenses. Similarly, broad-spectrum antibiotics, which are important for fighting the onset of infections, also kill the beneficial bacteria that keep opportunistic and invading pathogens under control.

THE SECRET WORLD OF FUNGI

When they say fungi, we think about the mold on the cheese, or the mushrooms that sprout in the garden after heavy rains or those that we eat. Whenever we notice them, scratch them off or collect them, we are actually interacting with the fringes of a web that holds the entire planet together. Fungi constitute a biological kingdom of about six million species, of which 300 are known to cause disease in humans. They differ from all other kingdoms. Unlike animals, they have cell walls; unlike plants, they cannot produce their own food; unlike bacteria, they hold their DNA inside a nucleus and possess cellular organelles, which make them strangely similar to us on a cellular level.

Our coexistence with fungi began a long time ago, but that balance is now beginning to crack. Fungi are spreading beyond the climatic zones they have lived in until now, adapting to environments that would once have been hostile to them and learning new behaviors that allow them to jump between species. They are turning into successful pathogens, capable of threatening human health in ways and numbers unimaginable until recently.

THE THREAT OF FUNGAL INFECTIONS

But according to a widely shared estimate, 300 million people are infected with fungal diseases worldwide and 1.6 million die each year, more from malaria, as many as tuberculosis. In the United States alone, the CDC estimates that more than 75,000 people are hospitalized each year for a fungal infection and that an additional 8.9 million people show up for an outpatient visit, costing approximately $ 7.2 billion per year. 'year.

Still, people are afraid of bacteria and viruses, but they are not afraid of dying from fungi. In fact, in people with healthy immune systems, fungi do not cause invasive infections. We are protected not only thanks to our immune defenses, but also because we are mammals, and our internal temperatures are higher than those that are ideal for fungi. In fact, fungi often only attack the external, colder surfaces of our body, such as the skin. Fungal infections, on the other hand, can be very dangerous, even fatal, for people with compromised immune systems, such as transplanted patients or those taking immunosuppressive drugs.

It is so difficult that a new class of antifungals hit the market about every 20 years: the class of polyenes, including amphotericin B, in the 1950s; the azoles in the 1980s; and echinocandins, the most recent, since 2001. Many of these drugs have major side effects and patients are forced to take them for months, sometimes years.

THE CASE OF ASPERGILLUS

In nature, Aspergillus fumigatus has cleaning functions. It is responsible for the decomposition of plants and prevents the world to be submerged by dead plants and autumn leaves. In medicine, however, Aspergillus is the cause of an opportunistic infection that contracts when a compromised human immune system fails to eliminate its spores. In people who are already ill, the death rate from invasive aspergillosis is close to 100%.

During the 2009 H1N1 avian flu pandemic, Aspergillus began killing even people who were perfectly healthy before they caught the flu. In 2018, invasive pulmonary aspergillosis occurred in one in three patients in critical condition due to the flu and killed up to two thirds of them.

Then the coronavirus came up. Doctors and mycologists around the world have recorded cases of aspergillosis killing COVID patients in China, France, Belgium, Germany, the Netherlands, Austria, Ireland, Italy and Iran. Aspergillus is even more difficult to manage than the dreaded Candida auris, which has caused sporadic episodes and epidemics in the hospitals and is resistant to most known drugs. C. auris, in fact, lurks in hospitals; Aspergillus, on the other hand, is everywhere. There is no way to get rid of the spores from the environment or stop people from breathing them.

The challenge in fighting pathogenic fungi such as Candida or Aspergillus is in their ability to protect themselves from the drugs we use to try to kill them.

The story is similar to that of antibiotic-resistant bacteria. Fungal pathogens also acquire resistance to antifungal agents, but the difference is that far fewer drugs are available, because the threat of fungi has only recently been recognized.

The development of new drugs is crucial because existing ones are losing their effectiveness. C. auris already exhibits drug resistance of all three major classes of antifungals. Aspergillus has built up resistance to the antifungal group most useful for treating it, known as azoles, because it is exposed to them persistently. In fact, azoles are used all over the world, not only in agriculture to control crop diseases, but also in paints, plastics and building materials.

A VACCINE AGAINST FUNGAL INFECTIONS

Many scientists believe that the best strategy against the devastating diseases caused by fungi is not treatment, but prevention: in other words, not drugs but vaccines. There is currently no vaccine for any fungal disease and it is not easy to make one. Patients at risk of aspergillosis, in fact, are precisely those who are immunosuppressed, and therefore in all probability unable to respond adequately to a vaccination.

Among the possible solutions is that of studying new formulations for vaccines, which contain powerful adjuvants capable of stimulating a protective response, or vaccinating as a prophylaxis patients on the list for transplants, with immune systems still intact, but future subject to risk. Furthermore, the COVID-19 pandemic has demonstrated the potential of genetic vaccine technology, which reduces costs and shortens development and production times. Several scientists support the potential of genetic vaccines also against fungi. By their nature they are in fact versatile and allow the simultaneous screening of many different antigens and immunomodulators, which can be inserted as an integral part of the genetic sequence.

THE RESEARCH ON DOGS AND THE HOPE FOR HUMANS

One of the infections that scientists are focusing on, for example, is Valley fever in the United States or coccidioidomycosis, caused by fungi of the genus Coccidioides. The first prototype dates back to the 1940s and used a killed version of Coccidioides. Despite good results in mice, the vaccine candidate failed in humans in a clinical trial in the 1980s.

Today, scientists are working on a vaccine for dogs, hoping that their research could also have benefits for humans. Dogs are potentially more at risk of contracting Valley fever than humans. In various Arizona counties, nearly 10% of dogs get sick each year and are more likely to develop severe forms of lung block. The vulnerability of dogs, the high cost of care and the lower standards required by federal agencies to approve animal drugs make them an optimal model for testing a possible vaccine, which could hit the market as early as next year.

The new prototype from a group of scientists in Arizona used a live attenuated version of the fungus that lacked a key gene for its reproductive cycle, CPS1. The mice vaccinated in the laboratory with the engineered version of the fungus did not exhibit any symptoms of Valley fever after being exposed to the fungus and instead developed a strong immune response. The long-term goal is to use the vaccine for dogs as a starting point for building a new vaccine for humans.

The transition, of course, is not quick but it requires clinical trials of thousands of people rather than the small number of dogs used to test the veterinary drug. Making a Valley fever vaccine for people could take five to seven years and about $ 150 million. According to one estimate, however, the vaccine could save $ 1.5 billion on health - which is what is spent each year on treatment.

A vaccine against fungi would pave the way for peaceful coexistence: we will continue to live alongside them, but in safety and trust. But we may have to wait a few more years and the fungi are moving right now: changing their habits, altering their patterns, taking advantage of emergencies such as COVID to find new victims.