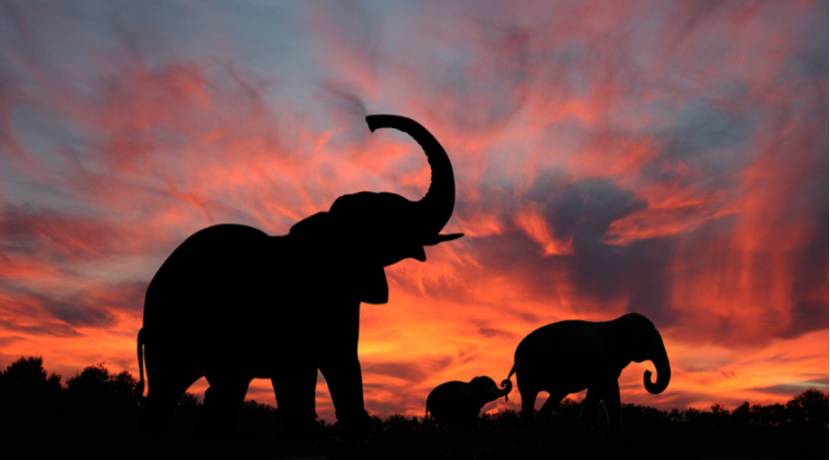 There is a link between wildlife and human health, according to Sharon L. Deem, a wildlife veterinarian and epidemiologist of the Saint Louis zoo. Her professional life revolves around diseases shared between domestic animals, wildlife and people. “There is always a person connected to an animal”, she said.

Dr. Sharon Deem has been dealing with wild animals for many years. Her exotic patients include elephants, jaguars, and turtles. Besides, she often regards humans as patients of hers as well. Even if she does not cure them, her job has a lot to do with people. We share the planet with so many other species and we are all connected: any threat to wildlife conservation is very likely to affect public health. Sometimes, the cause-effect relationship is clear and linear; some other times, it may require a greater effort of understanding.

The job of Sharon Deem and her colleagues is not only to cure animals, but also to take care of that connection.

Pathogens jumping from animals to humans

Among the human emerging infectious diseases, 75% come from animals and 70% of these are from wildlife. The rapid movement of wildlife products all over the world makes this transmission easier than ever before. Therefore, veterinaries must be aware that each of their animal patient may be a potential source of pathogens that can spread to humans: tuberculosis from elephants; rabies from wolves and wild carnivores; psittacosis, or parrot fever, from parrots and many others.

Dr. Deem herself has recently been involved in a study exploring viruses that may be present in free-living populations, which has led to the identification of a new retrovirus (the same family causing AIDS in humans) and two new picornaviruses in wild lemurs in Madagascar.

What world would it be without bats?

Zoonotic infectious diseases are a huge issue, but not the only we should care about. Even if there is no direct pathogen spreading to humans, loss of wildlife populations is likely to affect our health in many other ways. Dr. Deem made it very clear, reporting the case of white-nose syndrome in bats. This fungus disease has killed millions of bats in US and Canada by 2018. There is no obvious treatment or means of preventing transmission and some species have declined >90% within five years of the disease reaching a site. Why should we care about bats anyway?

They are not the nicest animals, we do not feed on them and apparently, they have no impact on our life or economics... or maybe they do. Each bat eats 3500 mosquitoes each night. “Think about Zika and West Nile and all these wonderful new viruses that are mosquito transmitted…” said Dr. Deem. Ecosystem is a matter of balance.

As we are all connected, strange things may happen in the ecosystem. For example, the use of an anti-inflammatory drug for livestock may result in a greater incidence of rabies among people. That is a true story, happened in India in the 1990s. How was that?

The missing link was identified in vultures’ populations, which suffered a 90% decline in India in the last decades. Vultures are scavenging birds that feed on dead animals carcasses, including livestock’s: that is their “ecosystem service”, thanks to which nutrients and matter keep circulating in the environment.  Unfortunately, Diclofenac, an anti-inflammatory drug administered to livestock, caused renal failure in vultures, probably contributing to their dramatic decline. Nobody understood immediately what was going on, but the consequences of such a loss did not take long to manifest.

Less vultures meant that other scavenging species could take over: the number of rats, wild dogs and other carnivores increased dramatically. Unlike vultures, these other scavengers may become carriers of pathogens that can spread from rotting carcasses to humans, such as rabies, anthrax, plagues. Then, a lot of energies have been turned to the protection of the endangered vultures, while Diclofenac is now banned in India.

What clearly emerges  from these stories is that a conservation problem is often a public health problem. Everyone from health sectors must keep in mind that they are working for One Health: ours, the animals’, the planet’s.