Not only Covid-19: why bats is the perfect host for viruses? 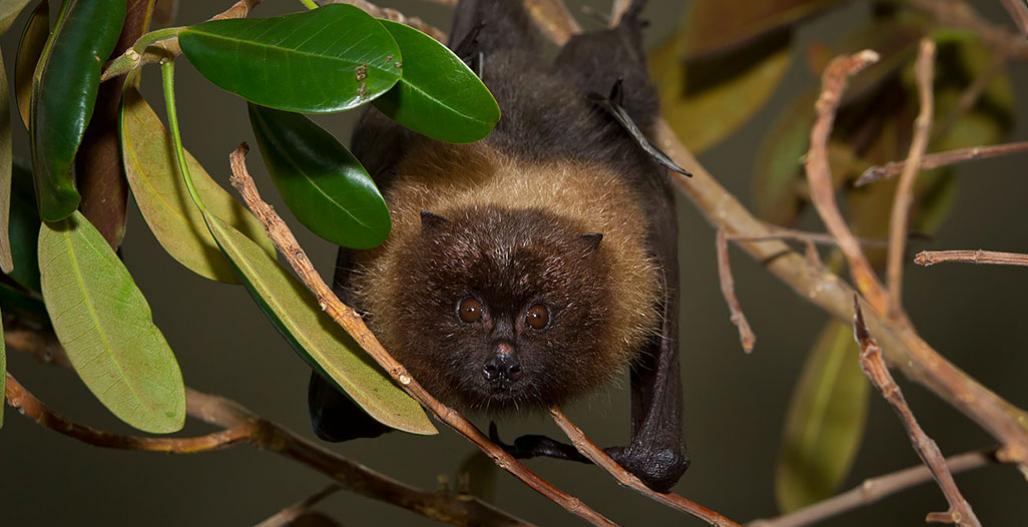 A more efficient immune system makes bats the ideal host for a large number of viruses at risk of "spillover". Not only Covid-19: Ebola, Sars, the Nipah virus and many others have also jumped into humans from bats. However, this is a consequence of human behavior, which is accelerating the transmission of diseases from wildlife to people.

Apparently, the pangolin was innocent. He had been identified as the intermediate host that would transmit the new coronavirus to humans. Suspects had fallen on pangolins after research had shown that over 99% of their coronavirus DNA would be identical to that of Sars-Cov-2, which infected more than 100,000 people worldwide and caused over 3,500 deaths. . To tell the truth, the researchers pointed out that there had been a communication error: the similarity of 99% corresponded only to a certain sequence of the viral genome. The correction of the study published on bioRvix cleared the pangolin, but the identity of the intermediate guest remains a mystery. And according to research conducted by the team of the Campus Bio-Medico University of Rome, it may not even exist at all.

The virus may have been transmitted directly to humans by the original host, the bat. Contagion would have occurred in the Chinese "wet markets", where the animals are sold alive and slaughtered often in unsuitable hygiene conditions. The only (almost) certainty to date is that the virus started from bats, and that through a more or less tortuous path, it has landed on our species. But Sars-Cov-2 is not the only coronavirus coming from the bat: only in China there are at least 500. Starting from this rodent, other viruses have also made the leap in humans, such as Ebola, rabies and Sars.

Why exactly the bat?

Bats make up about 20% of all mammal species and there are more than 1,200 types. The lifespan is also extraordinarily long for a rodent, up to 40 years. This is an ubiquitous species present in all continents (with the exception of Antarctica), and individual bats can cover even long distances by flying, when moving from winter to summer locations and vice versa. And above all they live in dense and crowded colonies, a perfect condition for the spread of pathogens.

But it's not just a matter of lifestyle. Bats would be genetically predisposed to host viruses. On a sample of mice, only 1% are carriers of viruses. But the percentage rises to 5-10% when considering the same sample of bats.

Their peculiarity is that they are the only rodents able to fly. Already research has shown that flight in bats is associated with a high metabolic rate. But an faster metabolism also has the side effect of producing a large amount of free radicals, which can damage cells and especially DNA. In 2013 a study published in Science by a group of researchers in Singapore found the mechanism by which bats defend themselves from these toxic species: they have gene variants that enhance the mechanisms of defense and repair of DNA damage.

These variants would be associated with the metabolism of mitochondria, the organelles that are responsible for "respiration" in the cell, that is, the production of energy. But they would also have an impact on the immune system. The same genetic traits in fact enhance the so-called innate immunity, the main line of defense against infections. In other words, by a bizarre evolutionary coincidence, bats can count on a highly efficient immune system, which blocks the entry of pathogens into cells. They are therefore carriers of a large number of viruses, without showing any symptoms of the infection, or at most only mild symptoms, comparable to our cold.

Years and years of co-evolution have made bats virtually immune to these viruses, which instead can be very dangerous for humans. The transmission from animal to man is the so-called "spillover" and in the case of viruses carried by bats it seems to be a rather common occurrence. It had already happened with Ebola, Sars, the Nipah virus, the Hendra virus and now also Covid-19.

And no, it's not the fault of the animals. Human behavior has accelerated the transfer of pathogens from wildlife to people. Both directly, with the illegal sale and trade, and indirectly, with the destruction of habitats and climate change, which are changing the ecological niches and the contacts between wild animals and human beings. And when a "spillover" occurs, as we are observing in these weeks, limiting the infection becomes almost impossible: due to travel and the reduction of distances, diseases can spread faster and faster in the world. The health of animals and the planet is also our business