Malaria, towards an effective vaccine by 2025 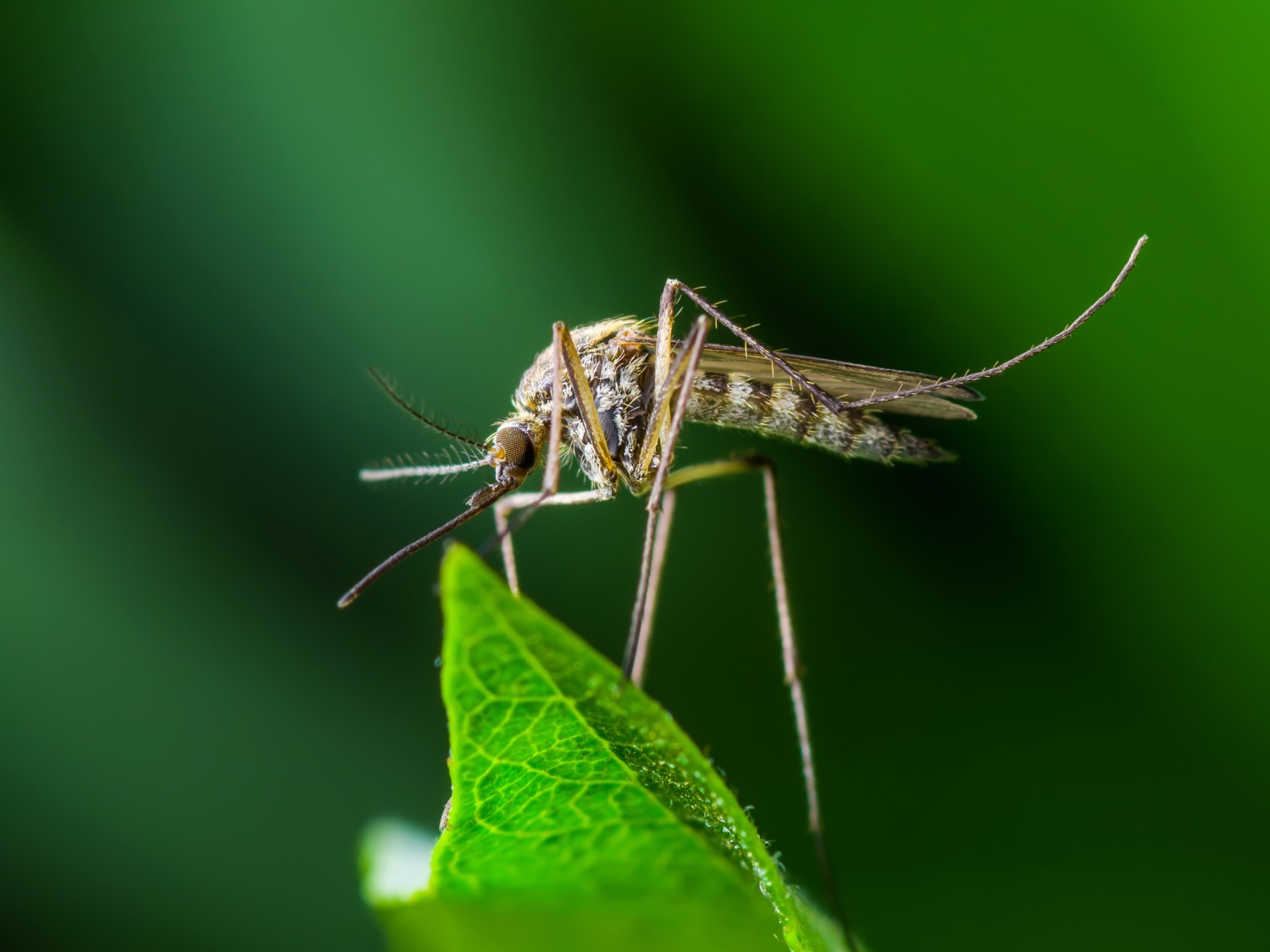 One year after the onset of the Covid-19 pandemic, the first doses of the vaccine were administered. For other infectious diseases, however, dozens of years of research were not enough to create a completely effective vaccine.

One of these is malaria, which still kills more than a million people a year, mostly children living in Africa or Asia. Malaria represents a global emergency: the only vaccine available –RTS, S, produced by GSK - took 25 years to develop. It was an important step forward, but not definitive, since in clinical trials it prevented only 4 out of 10 infections - while significantly reducing the number of hospitalizations for serious complications. The vaccine race, therefore, is still open: the goal launched by the World Health Organization is to produce an effective vaccine against malaria by 2025, implementing new approaches and perhaps even drawing some inspiration from the fight against Covid. -19.

Malaria is an infectious disease caused by a protozoan, a parasitic microorganism of the genus Plasmodium. It is transmitted to humans through the bite of Anopheles mosquitoes. Although malaria disappeared in Italy in the 1950s, it still represents a global health problem. 40% of the world population, in fact, lives in areas where malaria is endemic. There are over 200 million cases each year and at least 1 million deaths, of which almost two thirds are small children.

There are four species of parasites that cause malaria in humans:

In its life cycle - from mosquito to man and vice versa - the parasite changes constantly. It goes through at least 10 different morphological states and a single cell replicates to produce more than 10,000 copies. Thanks to its transforming ability, Plasmodium manages to confuse the host's immune system: in the different phases of its life cycle, the parasite expresses different proteins - or antigens - on its surface. It has also developed a number of strategies to escape the immune system.

The life cycle of the Plasmodium

The life cycle of Plasmodium falciparum begins in the mosquito. When the infected insect bites a human host, it also injects the parasite, in the form of sporozoites, which reach the liver. In the liver, the sporozoites replicate asexually - each cell divides into two daughter cells - in a time of about 7-10 days during which the patient has no symptoms.

Most merozoites continue to replicate asexually, but some give rise to the precursor sex cells, the gametocytes. When a mosquito bites an infected human to feed on his blood, it also ingests the gametocytes, which in the insect mature into the gametes. The fertilized female gamete, or oocyst, eventually bursts and releases many small sporozoites, which migrate into the insect's salivary glands and the cycle begins again.

The immune response to Plasmodium

The host's immune system reacts to the presence of the parasite by mobilizing both innate immunity - the first line of defense against pathogens - and adaptive immunity - more specific but also slower than the innate one. Against Plasmodium, in particular, both branches of adaptive immunity are needed: antibody and cellular response.

The first neutralizes extracellular pathogens, the second eliminates infected cells. Antibodies, in other words, prevent merozoites from infecting other red blood cells, while T cells - which are part of the cellular response - destroy already infected red blood cells, which express portions of the virus, antigens, on their surface.

However, Plasmodium falciparum has developed several strategies to evade the immune system. It has been said of the malaria parasite that it is like a "leopard able to change its spots”. Through its quick-changing nature, it has learned how to confuse and divert our immune defenses.

Plasmodium appears to be able to activate or deactivate genes depending on the phase of the life cycle and even the climatic period, remaining active, but silent, during the dry season, when it is more difficult to find mosquitoes to infect.

The parasite hides inside infected red blood cells, which become practically "invisible" to the immune system. In fact, with each cycle of infection, Plasmodium also changes the antigens expressed on the surface of infected cells, hindering their recognition by immune cells, which have never encountered the new antigens before.

The researchers also identified several gene families, including STEVOR, RIFIN, SURFIN, and var genes, which encode a polymorphic protein, PfEMP1. These genes seem associated with a specific defense mechanism: they make infected red blood cells "sticky", so that they adhere to the walls of the vessels and escape elimination by the spleen.

The challenges for a malaria vaccine

The challenges to making a truly effective malaria vaccine are still many. In the human body the parasite goes through many morphological stages, and each of these expresses a great variety of antigens. While this multiplicity of antigens offers many potential targets, on the other hand it makes it more difficult to identify the one suitable for stimulating a strong immune response.

In the case of malaria, in fact, many antibodies are needed to block the very rapid infection of red blood cells, as well as a strong cellular response able to eliminate infected cells. But even by selecting a single best antigen, the vaccine would only be truly protective against a certain stage or phase of the parasite's life cycle. Furthermore, the ability of Plasmodium to evade attacks from the immune system represents another potential obstacle to the creation of an effective vaccine.

Still, there is a real need for a vaccine for malaria. Pharmacological treatments, such as chloroquine or artemisin, are only partially effective, and often give rise to drug resistance. Some evidence already exist to support the feasibility of a prophylactic approach: those who fall ill with malaria, in fact, acquire partial natural immunity. In addition, some children were treated with plasma from semi-immune adults who had developed antibodies to the parasite.

A vaccine for each stage of the disease

It would theoretically be possible to make a vaccine against each of the three stages of the disease:

A vaccine for the pre-erythrocytic stage targets sporozoites and infected liver cells. Such vaccine would prevent the sporozoites from infecting liver cells and then maturing to merozoites and passing into the blood. So far, the only malaria vaccine available is the RTS, S subunit pre-erythrocytic vaccine, made up of a recombinant protein of the parasite, but with only partial efficacy.

A vaccine for the erythrocytic stage targets merozoites in the blood and infected red blood cells.  Such vaccine would mimic the natural partial immunity acquired after repeated exposure to the malaria parasite. Most importantly, it could block or limit the infection of red blood cells and the rapid replication of merozoites within them by targeting the parasite's surface proteins, such as apical membrane antigen 1 (AMA1) and homologous proteins of reticulocytes (Rh).

Other possible targets are parasite antigens embedded in the membranes of infected red blood cells, such as Erythrocyte Membrane Protein-1 (PfEMP1). The polymorphism of these antigens, however, represents a potential obstacle, because the immune responses would be specific only for a particular strain.

A gametocytic stage vaccine targets gametocytes, the parasite's sex cells. Such vaccine would prevent the transmission of the virus. Feeding on the blood of an infected man, the mosquito ingests the gametocytes, which in its belly complete sexual maturation and fertilization. A gametocyte vaccine would break the chain of transmission and in fact it has also been defined as a "altruistic vaccine". It does not prevent the manifestation of the disease, but those who get vaccinated can no longer infect other people.

There are a number of approaches to developing a malaria vaccine, all currently in different stages of testing. The most common are subunit vaccines, composed of parasites’ antigens or portions of antigens, often in combination with adjuvants.

However, vaccines based on the whole sporozoite irradiated or genetically modified to make it harmless are also being studied. Nevertheless, the problem with this type of vaccines, in addition to safety, is that they require a high cost of labor and long production times.

Among the most recent approaches there are also genetic vaccines, which during the Covid-19 pandemic seem to have brilliantly passed the test in humans. Vaccines based on DNA or RNA, formulated as they are or associated with lipid or viral vectors, are versatile and easy-to-produce platforms: just a year after the discovery of the new coronavirus, the first doses have been administered in these days.

The new frontier of malaria vaccines, however, appears to be that of a multistage vaccine - capable of simultaneously targeting two or more stages of the parasite's life cycle. Such vaccine would have to contain more antigens in a single formulation, to train the immune system to recognize the pathogen in its many forms. Genetic vaccines - which provide for the possibility of easily inserting multiple antigens in sequence in the same vector - would be particularly suitable for achieving this goal.