Bacteria looking like “submarines” may help to fight cancer 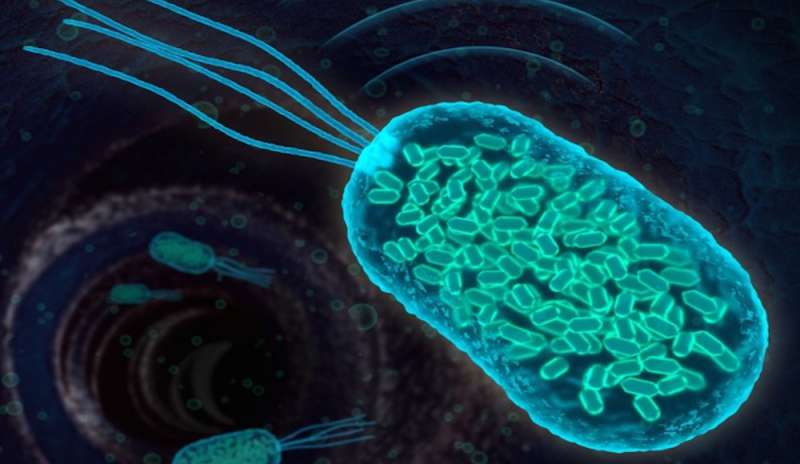 Not all bacteria come to harm: some can even be used to fight cancer. Then, it might be helpful to monitor their activity in the organism: where are they? what are they doing? That is what we need to “ask” them. In a study published in Nature, scientists from California Institute of Technology realized bacteria equipped with miniaturized “sonar”. The genetically modified microorganisms look like “submarines”: yet they do not travel underwater, but in our body.

Is it true that bacteria can be carcinogens?  Yes, it is.  Some of them are definitely tumor promoters. Bacteria produce toxins or enzymes that perturb cell regulation and promote uncontrolled proliferation, invasion and angiogenesis. In addition, they induce inflammation, which sustain tumor progression. Helicobacter pylori, Salmonella tiphymurium, Campilobacter jejuni are some examples of bacteria associated with enhanced cancer risk in humans.

Is it true that bacteria can be used as cancer therapeutic agents? Again, the answer is yes. The tumor and its microenvironment may not seem very comfortable by our standards: immune-suppressed, sometimes anoxic or even necrotic. However, certain bacterial species may regard it as the perfect home, where to proliferate undisturbed, protected from the immune system. Some strains of Clostridia, Bifidobacteria and Salmonella are capable to invade and colonize solid tumors, destroying tumor cells or at least reducing their growth rate. Bacteria “steal” nutrients from cancer cells, enhance the host anti-tumor immunity and form biofilms that cause metastasis disruption. Moreover, they can be used as carriers for the delivery of drugs to the tumor site.

On the other hand, unleashing millions of potentially pathogenic microorganisms in a patient’s body has not become routine in clinics, due to the severe and often uncontrollable side effects. Scientists think that genetic engineering may be applied to bacterial therapy to make it safer. We may also need real-time information on the location of the administered bacteria within the host organism to make sure that everyone is doing its job, right where they are supposed to be.

The current methods are based on “optical” techniques: bacteria are engineered with a gene expressing a fluorescent protein that can be visualized in tissue samples, but only once excised from the body. Light, in fact, cannot penetrate deep in tissues. If we want real-time information, we’d better look for other options.

Researchers modified a common strain of Escherichia coli with an “acoustic reporter gene”. There is no need of light: bacteria expressing that gene can be visualized using ultrasound, a not invasive and inexpensive technique with deep tissue penetration. As a result, we can monitor the exact location of bacteria within the host body. The approach is the same as for the sonars of submarines: they reflect sound waves so that at any time we are informed about their position. The “bacterial sonars” are miniaturized gas vesicles, proteic nano-structures filled with gas that are expressed in photosynthetic marine microorganisms to regulate buoyancy.

The genes containing the instructions for the vesicles were introduced into E. coli e S. typhimurium; scientists were then able to visualize them inside living animals using ultrasound and make sure that they actually reach the tumor site. In the future, such engineered bacteria may be used as “smart” carriers to deliver drugs directly into the tumor.

Shiyu Song. (2018). The role of bacteria in cancer therapy – enemies in the past, but allies at present. Infect Agent Cancer 13: 9.