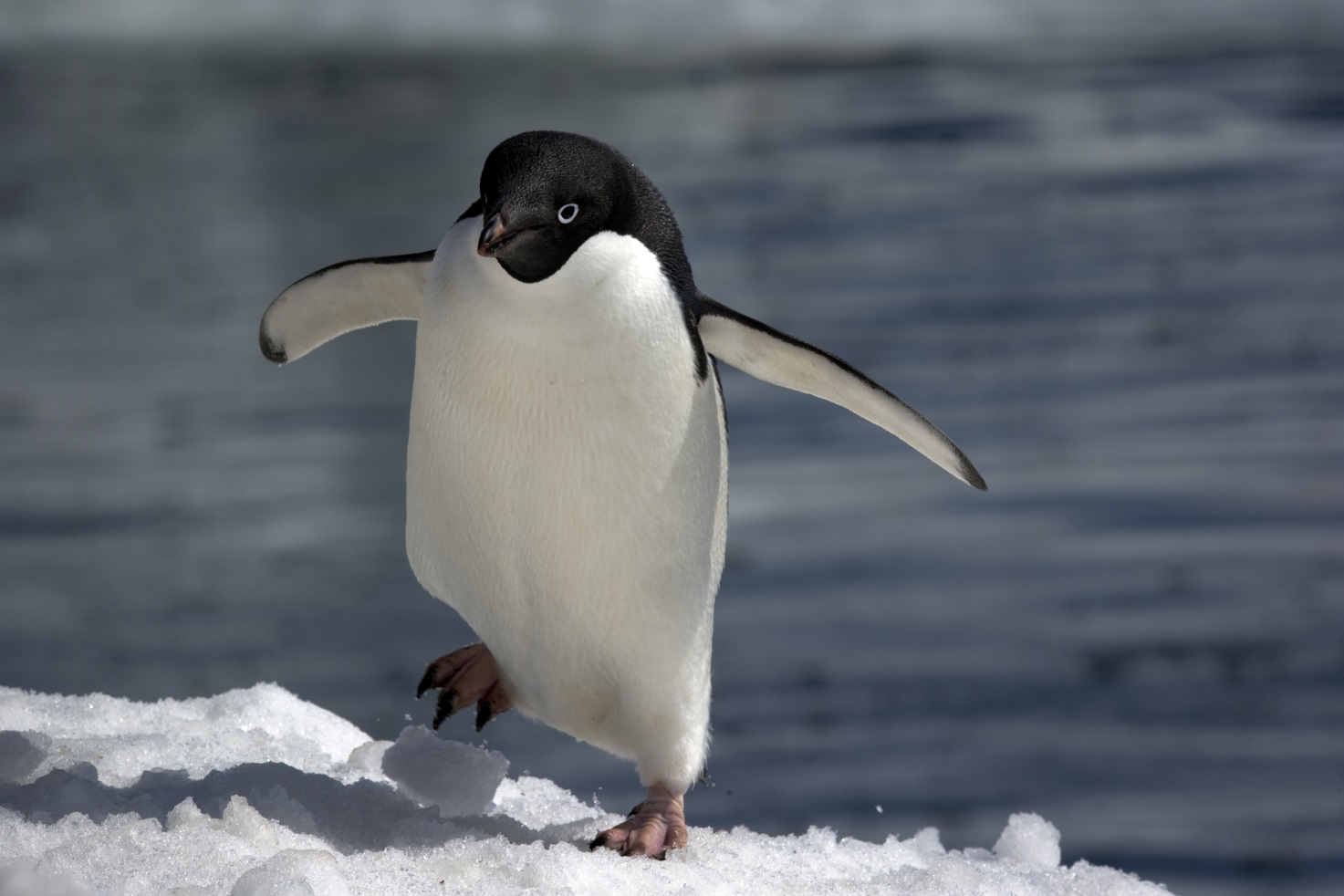 The Adelie penguin is the most widespread species on the coasts of the Antarctic continent. In addition, it helps us monitor the health state of this fragile ecosystem. What are the effects of climate change in Antarctica? What are the consequences of human presence or the destruction of habitats?

To answer these questions, scientists have learned to pick up cues, especially from those who have been living in that ecosystem for thousands of years, like Adelie penguins. We call it a "sentinel" species, because by observing its behavior and promptly identifying any sign of discomfort, we can recognize in advance the "symptoms" of an environmental emergency.

Although they live in a region that is still relatively unspoiled, penguins also begin to feel the effects of the great changes of our time. Global warming, in particular, in Antarctica not only causes the melting of glaciers, but also the remobilization of contaminants and toxic compounds (such as heavy metals or POPs "Persistent Organic Pollutants") trapped in frozen ground. Antarctic fauna could be affected by exposure to these pollutants, which are potentially carcinogenic, capable of damaging DNA or causing hormonal imbalances.

The changes now are occurring at such a speed that even during the lifetime of a penguin the exposure to the contaminants could vary significantly. A group of researchers from the University of Siena has left for Antarctica with the aim of investigating the health state of the Adelie penguins, in a remote corner of Southern Antarctica called Edmonson Point. Here a colony meets every year for breeding.

In a study that is the first of its kind, researchers tested the blood of 19 adult penguins, examining the nuclear abnormalities of red blood cells and the number of white blood cells. In particular, they analyzed a series of parameters that allow to assess genetic stability, and therefore the risk of cell death or even cancer. Among the indicators taken into consideration, the ratiobetween two types of white blood cells, heterophile and lymphocytes, represents an evolutionary response to environmental stresses and was higher in the colony of Edmonson Point than in Adelie penguins of other regions.

It is too early to draw conclusions, but this kind of analysis could help in future monitoring and conservations plannings. Awadhesh Jha, professor of ecotoxicology at the University of Plymouth, said: "This information provides us with a series of useful biological indicators to assess the potential impact of these changes on the health of the population and ecosystems".