Phage therapy may be better than antibiotics for sea turtles 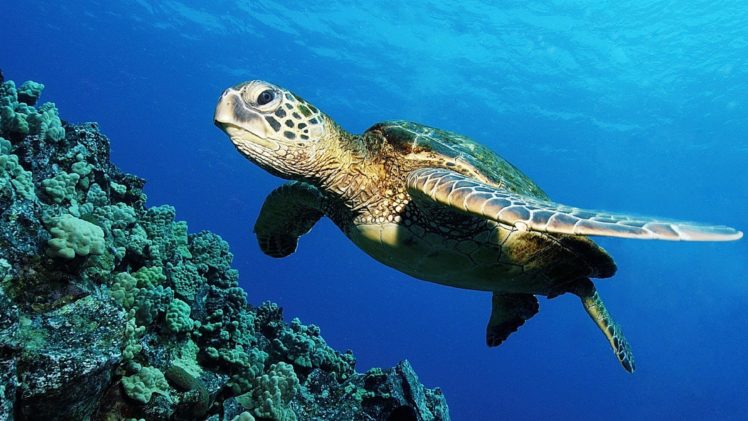 Recently rediscovered in the western world, phage therapy against bacterial infections is already under investigation in human clinical trials. At the same time, researchers from the JCU Turtle Health Research Facility tested the approach on sea turtles as well. The purpose was to replace antibiotics, commonly administered during turtles' recovery.

Better not to overdo with antibiotics. This is also true for veterinary doctors, who must pay special attention to the most delicate patients. Like for example sea turtles: in spite of the shell, they are very fragile animals and rely on the metabolism of commensal bacteria that live in their intestine for a correct assimilation of nutrients.

Among sea turtles, there are many species at risk of extinction: their protection is a matter of utmost importance. It often happens to receive injured or debilitated specimens in the appropriate recovery centers, managed by professionals who take care of the animal until it is completely recovered and can be set free. However, it is not always possible to make an accurate diagnosis and often the treatment of choice is that with broad-spectrum antibiotics, which kill not only the "bad" bacteria, but also the "good" ones. Nevertheless, the balance of the intestinal flora is fundamental for a turtle's well-being, as it helps them to assimilate nutrients: antibiotics may not be the best solution.

Phage therapy represents a potential alternative. No drugs are used to kill the bacteria but their natural enemies, bacteriophages. They are a group of viruses that only infect bacteria, multiply within them and then spill out destroying the host cell. It is neither a novelty nor a treatment designed specifically for sea turtles: as often happens, veterinary medicine has borrowed techniques and protocols already in use or being tested on humans. Phage therapy, as a theory, was very popular in the early years of the last century. Then, it was put aside after the discovery of antibiotics, which marked a milestone in the fight against bacterial infections: for the first time, we took the lead. But it lasted only a few f years: today antibiotics continue to save lives, but they have also favored the appearance of super resistant bacteria, against which we are practically unarmed. Added to this are the side effects against the intestinal bacterial flora, which in turtles in particular is a problem that should not be underestimated.

Researchers have shown for the first time that phage therapy can be a viable alternative to antibiotic treatment in sea turtles of the Chelonia mydas species. They compared the administration of bacteriophages with that of traditional broad-spectrum antibiotics, analyzing in particular the composition of the intestinal microbiota after treatment. As expected, antibiotics caused a significant reduction in intestinal microbial diversity. Phage therapy, on the other hand, has had a more negligible impact. This is because bacteriophages are much more selective: they recognize their targets by using specific surface molecules that distinguish "bad" bacteria from "good" ones: thus, the latter have nothing to fear and can continue to perform their activities.