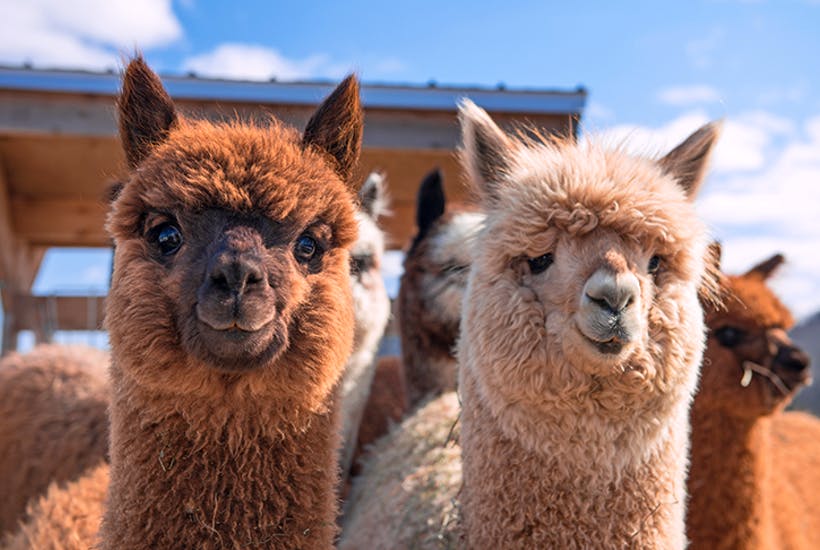 They are funny to look at, mild and intelligent: that was what we knew about alpacas until 1989. That year, two students discovered by chance one important feature that has long remained unknown. This and other species belonging to camelid family have "miniature" antibodies: smaller than ours and those of most mammals, they can reach even the most difficult targets. Researchers at Boston Children 's Hospital used the so called “nanobodies” to make CAR-T cells better at solid tumors. The study has been published in the journal PNAS.

Many great discoveries happen by chance. If that day in 1989, two students from the University of Brussels had had samples of human serum available for an antibody isolation exercise, they probably wouldn't have rummaged in the laboratory freezer or come across frozen dromedary sera. And again, if they had not been intrigued by those "exotic" samples and animated by the desire to try something new, they would not have used them for their exercise and would never ever have observed a species of unknown antibodies, unusually small.

Traditional antibodies are composed of two protein chains; in the dromedary (but also of camels and alpacas, for the note) instead, they have a single chain. If size matters, bigger isn't necessarily synonymous with better. Smaller antibodies are also more "agile" and can reach places normally closed to larger drugs. Not content, the researchers have streamlined them even more, keeping only the part that interacts with the target and calling them "nanobodies". But what does all this have to do with cancer?

Even the best have flaws

The components of the immune system, cells or antibodies, do not recognize the tumor cells as a whole, but rather a portion of it, for example a protein expressed on its surface. Thus, for example, CAR-T are modified in laboratory  with a receptor that closely resembles an antibody and guides them to the designated target. Despite their success against a variety of blood cancers, CAR-T have unfortunately not achieved the same results against solid tumors. The reasons are various: it is not easy to identify proteins expressed specifically on the tumor and not on the surrounding healthy tissues, for example. And then, these tumors are immersed in a dense protein matrix, which makes them physically inaccessible to our therapies.

A weapon for CAR-T

That is where nano-antibodies come into play. Thanks to their properties, they penetrate the tissues, by working through that network of proteins and immunosuppressive factors sorrounding the tumor. The type of target also changes: it is no longer the proteins expressed by the cancer cell, but the components of its microenvironment, such as those that make up blood vessels. By increasing the permeability of the vessels, we not only reduce the flow of blood (and therefore nutrients supply) to the tumor, but we also make it more vulnerable to other drugs that otherwise could not enter. The CAR-T, armed with these small antibodies, then manage to hit solid tumors in their weak points, opening one crack after another in that complex micro-environment that protects them from the immune system. After promising results on models of melanoma and mouse adenocarcinoma, the researchers would like to extend this strategy to other types of cancer. And who knows, in the future also to the human being.