Nanobodies: A lesson learned from camels and sharks 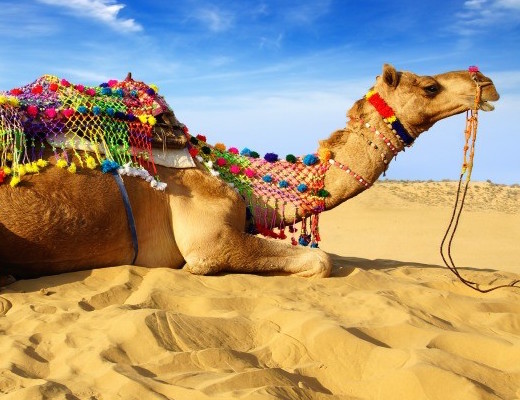 Isn’t it ironic that members of the camelid family (camels, llamas, dromedaries) or sharks that are so bigger than we are, present antibodies that are smaller than ours? Just as curious is that these “miniature antibodies” first detected in 1993 are very interesting for a number of biotechnological applications and scientists think that they could lead to drugs for cancer and other diseases.

What is an antibody?
An antibody is a protein produced by a class of immune cells called B-lymphocytes targeting a specific foreign biological or chemical substance (antigen) present in the organism. The standard mammalian antibody has the form of a “Y” and is composed of two identical heavy and two identical light polypeptide chains. Both the heavy and light chains are composed of a variable region and a constant region: the constant regions are responsible for the effector functions of antibodies, while the variable regions of heavy and light chains together form the antigen-binding site (the extremities of the two “arms” of the Y). As their name suggests, these regions are variable and form an unimaginable number of antigen-binding domains capable to recognize as many antigens.

Fig.1 Structure of a standard antibody

What are nanobodies?
Interestingly, in the serum of animals belonging to the camelid family and of some cartilaginous fish, like sharks, there are smaller antibodies that account for the 30-75% of the total and are composed of only heavy chain dimers, lacking the light chain. Therefore, in these miniature antibodies (that are perfectly functional) the portion that recognizes the antigen does not arise from the combination of the variable regions of heavy and light chains, but from a unique variable domain, the smallest naturally occurring antigen-binding protein domain. Its official name is “nanobody” and has an unusual architecture: it is in fact convex, which means that it can bind cavities or clefts, including the catalytic sites of enzymes unreachable for conventional antibodies, which only target flat surfaces. This enables them to antagonize target proteins and modulate their functions.

Applications of nanobodies
Who says that the bigger, the better? Instead, most of the advantages of nanobodies come from their small size and single-domain nature. These properties allow facile genetic manipulation, high physicochemical stability, high solubility, rapid tissue penetration and fast clearance, low toxicity. In addition, nanobodies are well expressed in microorganisms, which means that we can easily introduce the nanobody-coding gene into a bacterial host, make it multiply in a suitable culture medium and express many copies of that gene for us, thus producing a large quantity of the protein of interest.
Taken together, these features make nanobodies promising candidate drugs for the treatment of various pathological conditions: there are examples in literature of them targeting a variety of immunological pathways to modulate immune responses and treat inflammatory diseases. Furthermore, because of their miniature architecture, nanobodies are candidate drugs for the delivery across the blood brain barrier, as to treat a number of neuroinflammatory diseases.
However, there is always the other side of the coin: rapid clearance means also that the nanobody may be excreted too fast, before the patient can gain any benefit from the treatment. Moreover, despite studies on animals showing excellent safety profiles, lack of toxicity has not been fully demonstrated in humans so far.
Whether or not nanobodies will make their way in clinics, the research in this field reminds us that sometimes there is no better teacher than nature to guide us in discovering new drugs.