The genome of giant tortoises holds secrets against ageing and cancer 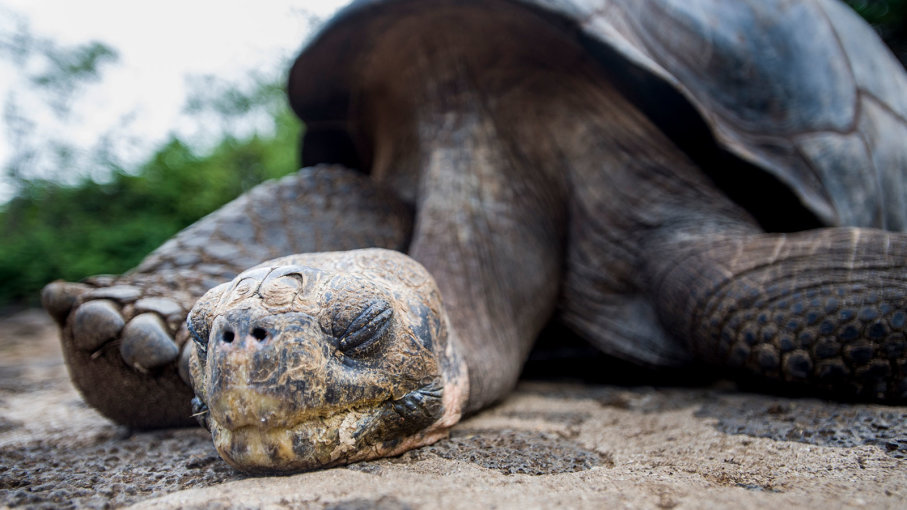 In 2012, Chelonoidis abingdonii a species of giant tortoises and a symbol of the Galapagos Islands became extinct. Its last individual, Lonesome George, died at the age of 100. From our perspective, a century is a lot. Yet George was actually in his prime: its species could live up to 200 years old! Which are the secrets of such an extraordinary longevity? The analysis of the genetic sequences of Lonesome George and another species of giant tortoises (Aldabrachelys gigantea) has shed some light on the characteristics of these animals, including their resistance to cancer and ageing.

Scientists from over 10 different research institutes were involved in a collaborative project with the aim of analysing the DNA of giant tortoises of Galapagos. These animals were already famous to be among the species that helped Charles Darwin to formulate his theory of evolution and natural selection. Nevertheless, that was not their only contribution to science. Giant tortoises are among the most long-lived animals on Earth: scientists assume that the secrets for their longevity lies in their DNA.

Risk of cancer increases with age…but not for tortoises!

As we grow older, our body becomes much more likely to make mistakes, for example during cell replication. DNA repair system loses shots and cells accumulate errors in their genomes with increased frequency. Apart from some exceptions, cancer is generally regarded as a disease of the elderly, which means that the older we get the more we are at risk of developing cancer. During their long life span, giant tortoises should get cancer more often than they actually do: apparently, the laws of ageing do not seem to apply to them in the same way as they apply to us. And yet, tortoises and humans share up to 90% of their DNA: maybe, it was that 10% difference that made the comparison interesting. 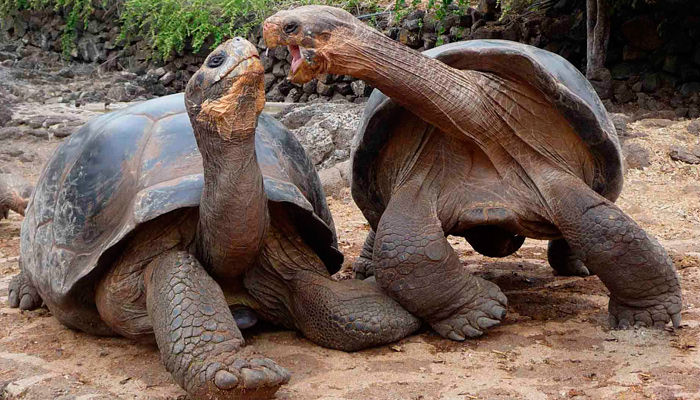 A look into Lonesome George’s genome

The analysis of George’s genome yielded interesting results, especially when compared to humans. The same “good” genes can be traced back in both species with similar functions, but it appears that many of them come in two or even three copies in tortoises. Some have already been associated to successful ageing in humans and are involved in metabolism regulation, immune system modulation, mitochondrial functions and cell communication.

As far as cancer risk is concerned, giant tortoises have more than one ace in the hole. Some variants found in George’s genome are associated with DNA repair and stress tolerance that reduce the occurrence of errors in cell replication. Furthermore, several genes traditionally associated with tumor suppression are expanded in giant tortoises compared to other vertebrates and their immune system is much better at surveillance, the process of eliminating pre-cancerouse cells while they are still in an early stage.

Tortoises may seem quite distant from us, but actually, we share most of our DNA. Every life form on Earth is interrelated: we may look different, but the biochemical and physiological processes that make all of us alive are just the same. The hope is that the research will increase understanding about ageing and cancer in humans.

Moreover, several giant tortoises species are endangered. George had become an icon for wildlife conservation: we could not save its species, but we can support studies that further elucidate the biology of these creatures, in order to rebuild currently endangered populations where it is still possible. Researchers involved in this study are ready to pick up the legacy that Georg left, which “includes a story written in his genome whose unveiling has just started”.