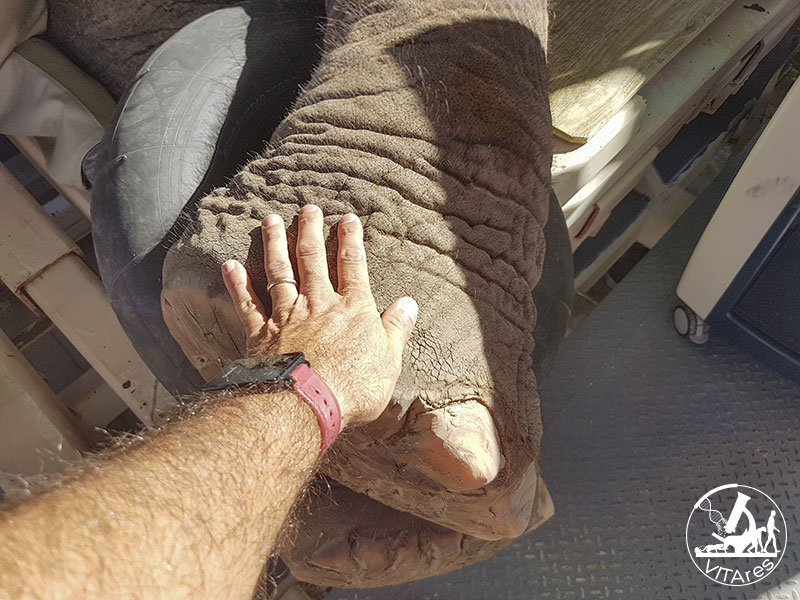 Where did your attention to veterinary oncology come from?

"I come from an experience in a pharmaceutical industry, where we developed new therapies against cancer and we needed a model for pre-clinical experimentation, in order to evaluate the efficacy and safety of drugs before administration to the human patients. Then, during the development of some vaccines, we had the chance to perform clinical studies in animal patients, in particular dogs that had spontaneously developed tumors, which were very similar genetically to those of humans. From that moment, I realized that there is an important market share, that of pet animals, where unfortunately there are no effective therapies. This is why we founded a company, Evvivax, which seeks to develop cancer immunotherapies for our animal friends. "

On this occasion the patient was an elephant: quite unusual. How did you get there?

" We got there because in California, in the El Paso zoo, an Indian elephant had developed breast cancer. This is already a very rare and biologically interesting event, because in the elephant the onset of tumors is very infrequent. They contacted us because one of our technologies makes it possible to reduce the size of the tumor, and often to cure it completely, using localized chemotherapy. In this specific case, this was very important, since the elephant is old, around 50 years of age, and the tumor was very large and could not be surgically removed. The elephant's skin is also very thick and the risk of septicemia was very high. So they contacted us, we went to California and we treated this magnificent animal. "

With a patient of that size, it must have been very difficult. What were the most critical moments?

"That's right, the big difficulty was really related to the size of the animal. An elephant of several tons, certainly difficult to handle. One of the most critical passages was precisely that of anesthetizing the animal. While he was asleep, he had to be placed gradually in a horizontal position. Fortunately, at the zoo they had a system based on a crane, thanks to which the animal was gradually lowered and prepared for treatment. That had to be very fast: at that moment there was a team of at least twenty people to help us. Fortunately it went very well". 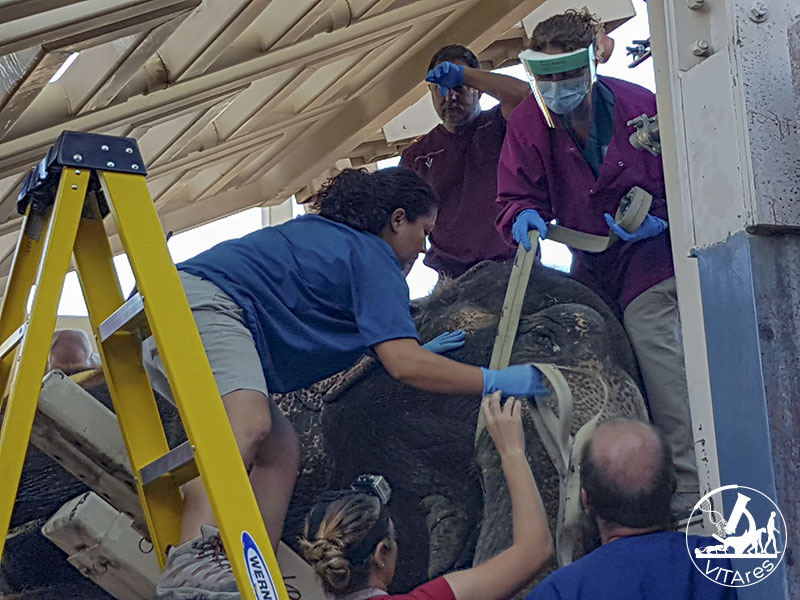 What kind of treatment did you use?

"It is a procedure already applied in humans, against melanoma or cutaneous metastases. It is called electrochemotherapy: it consists in the localized injection of the chemotherapy directly into the tumor, followed by the administration of a short electric field. The electric current creates pores on the tumor membrane, which captures the molecules of the chemotherapy, and then the cells die. As I said, it has already been used in humans and recently in pets as well, but no one had applied it to an animal of that size and especially to a tumor of that size. That was a tumor with the size of a soccer ball. " 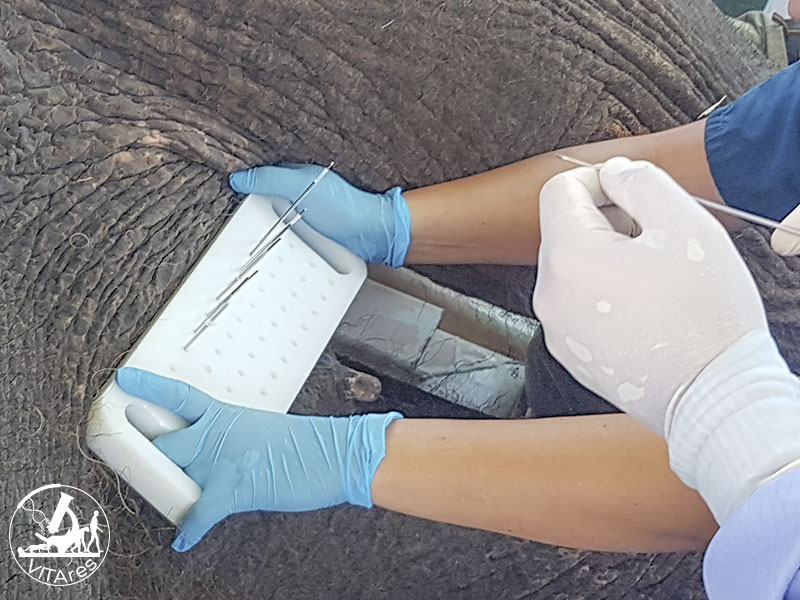 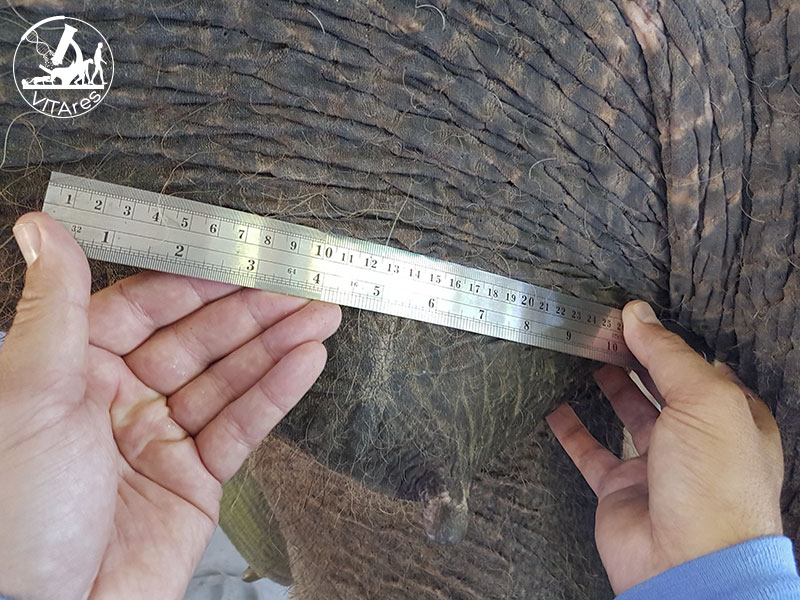 How is Juno today?

"There was a 30% reduction in tumor size as early as two weeks after treatment. Juno has already been treated three times so far and the next one will be in these days. We plan to use a new form of immunotherapy, which should recruit Juno's immune system cells into the tumor. For the moment, however, and we have kept the size under control, allowing the animal to live a normal life. "

And this sounds very good news already. Any other examples of happy ending stories like this one?

"Sure. Speaking of exotic animals, for example, we also used this therapy on sea turtles, which have a propensity to develop apparently some skin cancers and like the elephant are difficult to treat surgically and susceptible to many infections. In Florida we have collaborated with a marine center that housed turtles affected by this disease. And in that case they actually healed completely thanks to electrochemotherapy. "

Let's go back to Juno. What did this experience mean for you, from a scientific point of view but also from a human point of view?

"It was a beautiful and powerful experience. Surely for the benefit we have been able to give to Juno, a very beautiful, noble and special animal: almost no one has an experience of this kind. But it was also very nice on a human level: a team was formed with a common goal with which we remained in contact. And we are happy to share this experience with others. "