Capybaras: the giant gentle rodents that escape cancer with a “super” immune system

If you want to find new ways of fighting cancer, giant animals may give you some clues. Capybaras are the world’s largest living rodent, sixty times heavier than their closest modern relative. Relax, you probably will not bump into one of them, unless you live in South America. And even if you did, don’t worry as capybaras are the friendliest animals, at the point that it is not rare to see other creatures hanging with (or on) them. Not only are they cute, but also scientifically relevant, as they have evolved a unique strategy to escape cancer…and the immune system may be involved.

Large size means more cells and proliferation, which correlates with an increased risk to develop cancer…or not? Theory and practice do not always fit together, especially in biology. If you read our previous articles, you find some interesting and paradoxical facts about elephants and whales (https://bit.ly/2RJJ30J and https://bit.ly/2CBo8m0): in spite of their size, both of them rarely get cancer. It is reasonable to think that evolution has come up with extravagant strategies to reduce the risk of cancer development within the lifespan of giant animals. Exploring those strategies may offer new insights into cancer fight.

Rodents are usually very small. There is a good reason for it: the smaller you are, the better you sneak around and escape predators. Capybaras are atypical rodents: adults reach between 105 and 135 cm in length and weigh between 35 and 65 kilos, with some specimens reaching 70 kg. They live on the riverbanks and lakes, in swamps and generally in all wet places in the tropical and temperate areas of South America, where their ancestors arrived approximately 40 million years ago. Capybaras are the “big ones” of the family: their relatives are all normal-sized rodents.  Which are the reasons for this dramatic increase in body size? 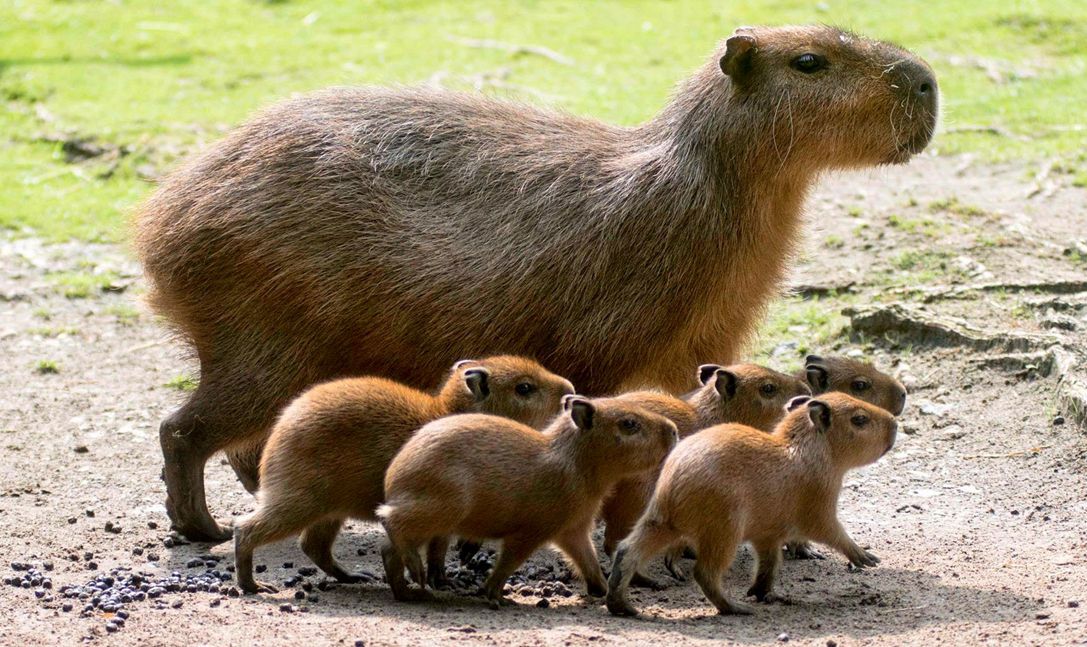 Maybe capybaras grew just because…they could! When they arrived in South America, there were almost no predators there, and therefore no reason to stay small. However, becoming “enormous” has its costs: lower population densities, longer generation time, lower reproductive output…finally yet importantly, you must escape cancer!

Looking for answers in the DNA

We can assume that capybaras could grow by more than an order of magnitude thanks to the absence of predators…but how did they manage to do that?

DNA is the best place to look for answers. Scientists found that these rodents had a special form of insulin that provides the cells with enough energy to proliferate more. Nevertheless, there is still the risk of cancer to take care of.

Again, the answers is in the DNA. Looking into the genome of capybaras, scientists found two genes involved in recognition of cancer cells and T-cell mediated tumor suppression. Apparently, their immune system is far better at recognizing and destroying cancer cells. That is funny: capybaras “invented” immunotherapy before we did!

As far as we know, this strategy is unique even among large sized animals. We also want to use the immune system to fight cancer: maybe, we should learn from the best!

Reference:
Santiago Herrera-Álvarez, et al. How to make a rodent giant: Genomic basis  and tradeoffs of gigantism in the capybara, the world’s largest rodent. bioRvix